School shooter II - Was there a chance for him?

A lot of new information about Cho Seung-Hui.
1. About his grandfather and the sister of his grandfather, his great-aunt Yang-Sun, in South Korea: "Yang-Sun revealed the eight-year-old was diagnosed as autistic soon after his family 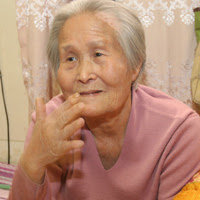 emigrated to the US." She said: "Both his parents knew he had mental problems but they were poor and they couldn't send him to a special hospital in the United States. His mother and sister were asking his friends to help instead. His parents worked and did not have time to look after his condition and didn't give him special treatment. They had no time or money to look after his special problem even though they knew he was autistic." (Mirror.co.uk) So, if you take this seriously, than Cho Seung-Hui was right to be full of hate against the rich people. They should listen more seriously to his words.
2. That he imitated several movie thrillers, mostly a famous South Korean movie called "Oldboy": " ... It tells the story of a man's struggle to understand why he is being tormented. In the final scenes Dae-Su furiously confronts his enemies with guns, hammers and knives. The result is a bloodbath." (Mirror.co.uk) - Do we really need such movies?

3. One girl he had stalked two years ago said: "Once, he claimed he had been rejected by a girl and talked about wanting to beat her up." (= überfallen, verprügeln) (Mirror.co.uk)

And - may be - most interesting:

4. "Ross Alameddine sat near Cho for months in a class on horror films and literature. Both students were required to keep what were known as 'fear journals', in which they chronicled their reactions to the material covered in class and their own fears. (...) On Monday, Cho killed him." (But obviously not with the intention to kill exactly him.) " 'We had a whole discussion on serial killers,' one student said, who asked that she not be named because she wanted to avoid a crush of attention from the news media. Cho never spoke during the discussion, she said, but he took notes. The student was in another class with Cho: a 10-person workshop on playwriting, during which she grew fascinated by him. 'In all honesty, I took a huge interest in him last semester,' she said. 'I actually tried to follow him after class one day, but he got on a bike and I couldn't keep up. He had a red bicycle.' " (smh.com) (NYT)

It was a women he had looked for help - as the stalking shows. And there has been one, who took interest in him. And he didn't know that - as it seems.
Eingestellt von Ingo Bading um 19:22